It all started with a toy castle and a paper bag full of plastic knights.

That’s what Santa bought PastPorte co-founder Ben Blackler for his 5th Christmas. It sparked a lifelong passion for history (and a lot of imaginary sword fights.) 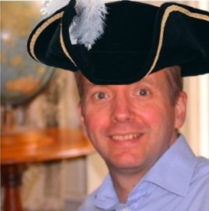 Although Ben graduated in history, a round-the-world trip inspired a left turn. He embarked on a successful career in travel & tourism marketing, working for the likes of TUI, Abercrombie & Kent and Kuoni. Several years later, he realized his long-neglected passion for history was shouting for his attention. He wanted to use the communication skills he’d acquired to make history fun and to bring it to life in new and exciting ways.

Visiting Gloucester Cathedral one day, inspiration for his first project struck him. A memorial told the story of a family that had moved to India in the 18th century but decided it was safer to send the children home to avoid a cholera outbreak. This well-intentioned decision turned to disaster when the mother and children were lost on the voyage. This story moved Ben so much, he wanted to find out more. But there was no more information to hand. Then, the thought struck him – what if he could call a number on his mobile to hear that family’s story?

But he needed help. The technical aspects he could handle but he needed a partner that could help him bring the Cathedral’s stories vividly to life. Luckily, a friend introduced him to Dinah Lammiman. 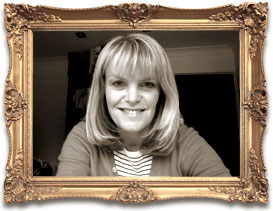 After a long career in current affairs TV and radio at the BBC, Dinah had come to the realization that she wanted to create exciting material of a different kind. Given her passion for innovation and her production experience – including a stint at CBeebies and the challenge of entertaining her own two kids – Dinah was the ideal partner. Together, they created Gloucester Cathedral Great Lives. But that was just the start.

With the help of content producers, technologists, props makers and escape room designers, they’ve become pioneers in the field of immersive experiences and games. They’ve created 3D soundscapes, immersive games, interactive museum exhibits, learning experiences and totally immersive environments for clients including the National Trust, the BBC, ss Great Britain and the Imperial War Museum. They’ve transported adults and children to the decks of Shackleton’s Endurance as the keel buckles under the weight of the sea ice crushing it, back to a 19th century factory to hunt a mischievous time villain and into a dark, smoky 18th century coffee house to eavesdrop on the patrons’ conversations.

If you want to take your visitors on an emotional journey, stimulate their imagination and immerse them in your story, we’re the people for you.